I have fully added a killstreak system for the server as suggested.

The system works, to avoid farming and gold farming.

Man..........................bro you are an amazing person. You really work fast and for the people. I can't express enough how I appreciate your hardwork and dedication to give the community what they want.

very few will probably get 10. What you have set up is great and excellent at preventing it being abused. All I suggest is to make announcements pop at an early 3-5 killstreak so that its noticeable that its implemented 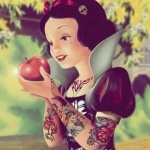 Nice to see my suggestion go through. Although you edited it a bit:P.

Killstreak System would be really awesome!

The Killstreak System is already here.